The financial burden faced by students around the world is different in different nations. There are various colleges globally which have made tuition fees affordable along with the provision of decent stipends to the students. On one hand when the United States is presently having a student debt of $1.5 trillion, whereas on the other side students are not having any loans in some other nations. This showcases the difference that prevails presently in the world on the emphasis given to education by governments in their respective nations. If the government starts investing in the right direction, then many of the countries can have students not worrying about any student debts, apart from other students problems faced by them while their study in abroad countries.

One of the Scandinavian countries, Denmark leads the chart when it comes to expenditure on post-secondary education. The Government spends 1.6% of its gross domestic product which is even higher than 0.9% of G.D.P. spent by the USA. The government takes care of entire University fees except books through taxes. In addition to this, students living away from parents get $900 per month as a stipend to handle their living expenses. The students only require to pay $500 per semester for the books. A system like this significantly reduces the financial burden from the students and thus helps them to focus completely on their education. The stipend goes on to cover the expense of the entire education of a student until the highest level. All the Nordic countries including Sweden, Finland, Norway and Denmark are emphasizing on providing education free of costs both for domestic and international students.

Taiwan has also laid a very similar emphasis on higher education. The efforts of the government have led to a 10% increase in the number of students studying in a University. As of 2012, the tuition fee is approximately $375 per semester which is relatively less as compared to many of the countries globally. This provides the students with the flexibility to pursue their choice of careers by devoting sufficient time towards their studies. It also allows the students to begin their careers by jobs of their interest even if the employers are paying them less.

In Ireland, the Government supports the entire undergraduate education of any student from the European Union. However, the students were charged with a student contribution expense of $3000 annually. The students have been protesting in large numbers against this in the recent time. Moreover, under the leadership of Prime Minister Jacinda Ardern, New Zealand has also started to subsidize the fees of the first year post-secondary students since 2018. The government also provides loan assistance to all the citizens living there for more than 3 years.

Is the situation better in Brazil ?

Brazil has successfully managed to raise the number of students enrolled in post-secondary education. It got increased from 10% in 2010 to 17% in 2015. This is mainly because of the presence of free public universities. But, access to these universities has now become extremely competitive. A poor student can also study in a private college by a scholarship program called Prouni. It is only possible if he/she is coming from a poor family. The basis national exam conducted after high school was one of the important criteria for selection.

In the Philippines, the political system previously supported education. The socioeconomic background of the student was a primary criteria of doing that. For e.g.- A person coming from a middle-class background got a discount of 60%. However, things have changed dramatically after 2017. Now, the Government fully pays the entire fees for the students studying in state universities and colleges. In Canada, the cost of studying is quite less as compared to other developed countries. As per 2017-18 academic year, the average cost of full-time students was estimated to be $4800.

Henceforth, these countries have well understood that better education will ultimately lead to enhanced development and growth of the economy. It is the need of the hour to consider education as a civil right. Every individual can study till the highest level to work towards a better future. Moving forward, other economies should take lessons from these countries and strive to make their education system affordable.

The best solution for your education & migration agency

Experience agency management at
its best. 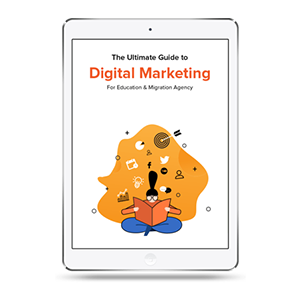 Hurray !! We have sent you Ebook in your email !!

You will only receive information about Agentcis product news and updates.

We use cookies to improve your experience on our site and offer you relevant information. Continue to use the site as normal if you agree to the use of cookies. If you’d like to find out more about the cookies we use or to opt-out, Please see Agentcis' Cookie Policy.Got it!